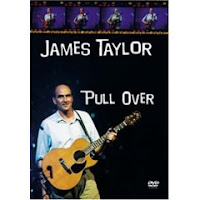 Despite my eight years of hard labor at a mellow rock radio station, I still like James Taylor. One reason why: He's a star at letting other people shine.

I saw him perform a few years ago in Kansas City. When a back-up singer or musician was doing a solo, Taylor walked over to the side of the stage. That's not unusual. But Taylor took it one step further: He knelt down, to ensure that he was out of the spotlight. (And kneeling down was the only way to do it. He's what my mother-in-law would have called, "one long drink of water.")

So today's creativity tip comes from James Taylor: Pull over. Get out of the spotlight and let someone else shine. It's a move that makes everyone happy ... even a grouch.
Posted by Jan at 8:53 PM