Are You My #Creative Type?

The Adobe creativity quiz I linked to on Friday was such fascinating fun, that I encouraged my husband, Tom, to take it. He did, and the following conversation ensued: 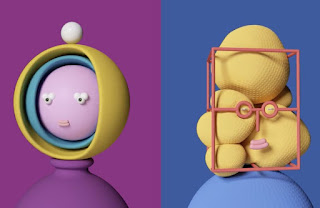 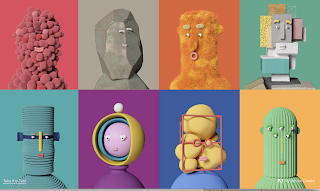 Take the quiz. It's a hoot. Some of the questions and responses made me laugh out loud. And, I'd like to think the results are right on the mark! (If you read my creative strengths carefully, you'll note that humility isn't mentioned.) 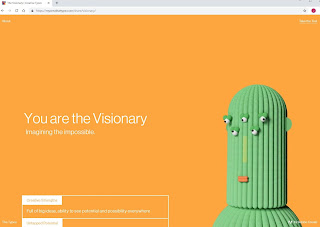 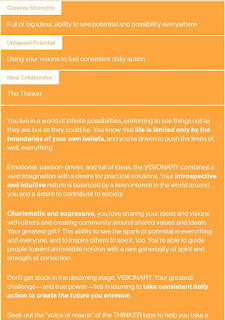 The Lanyard: It's a Mom Thing

The Lanyard
by Billy Collins

The other day as I was ricocheting slowly
off the pale blue walls of this room,
bouncing from typewriter to piano,
from bookshelf to an envelope lying on the floor,
I found myself in the L section of the dictionary
where my eyes fell upon the word lanyard.

No cookie nibbled by a French novelist
could send one more suddenly into the past-
a past where I sat at a workbench at a camp
by a deep Adirondack lake
learning how to braid thin plastic strips
into a lanyard, a gift for my mother.

I had never seen anyone use a lanyard
or wear one, if that's what you did with them,
but that did not keep me from crossing
strand over strand again and again
until I had made a boxy
red and white lanyard for my mother.

She gave me life and milk from her breasts
and I gave her a lanyard.
She nursed me in many a sick room,
lifted teaspoons of medicine to my lips,
set cold face-clothes on my forehead,
and then led me out into the airy light

and taught me to walk and swim,
and I, in turn, presented her with a lanyard.
Here are thousands of meals, she said,
and here is clothing and a good education.
And here is your lanyard, I replied,
which I made with a little help from a counselor.

Here is a breathing body and a beating heart,
strong legs, bones and teeth,
and two clear eyes to read the world, she whispered,
and here, I said, is the lanyard I made at camp.
And here, I wish to say to her now,
is a smaller gift - not the archaic truth

that you can never repay your mother,
but the rueful admission that when she took
the two-tone lanyard from my hands,
I was as sure as a boy could be
that this useless, worthless thing I wove
out of boredom would be enough to make us even.

While I was looking for "The Lanyard" online (too lazy to type it out), I found several versions. All with mistakes -- in words, punctuation, spacing, line breaks, you name it. When online, the old saying is true: Trust, but verify. I had Aimless Love by Collins on my bookshelf, so I finally got off my lazy tush, found the poem on page 60, and typed it out.

Mom, of course, would tell us that everything happens for the best. I will say that while looking around online, I stumbled across a poet I wasn't familiar with, Julia Kasdorf, and I love her poem: "What I Learned From My Mother."

#NPM -- Play with Poetry on Emerge

It's National Poetry Month, and you have the chance to be an instantly published poet! If you've ever seen erasure or blackout poems -- where you cross out words in a newspaper or book -- Emerge provides a similar opposite. You select words from one of their selected writings, and your poetry pops out of the copy. 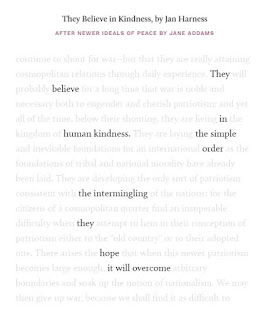 Fun stuff. Go play! Thanks to the American Academy of Poets for the link.