Happy new week! We're going to start off with an assignment. This week, I want you to listen to someone whose political viewpoint differs from yours. To make this as doable as possible, I'm giving you two options:

1. Talk to a relative/friend/acquaintance who doesn't vote the way you vote. During the conversation, strive to listen more than you talk. Begin a few follow-up sentences with, "What I'm hearing you say is (whatever). Is that what you mean?"

2. If you're not comfortable with a direct conversation at this point, then switch off CNN and watch Fox News for at least 15 minutes. If you typically watch Fox, listen to CNN. Read a different newspaper. As you do, focus on the words. Are opinions presented as facts? Do the reporters cite their sources? Are adjectives qualified or simply tossed out there? Words matter.

I know not all of my blog readers live in the United States, but for my American pals: Politicians alone can't fix this. We all need to step up and do our part. 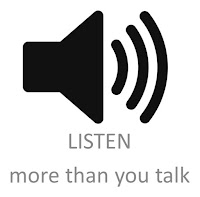 As I toy with a return to regular blog posts, I'm considering several new features and -- TAH DAH! -- this is one of them, a quick look back at five lessons learned, fun things, whatevers, from the week. Let me know what you think! 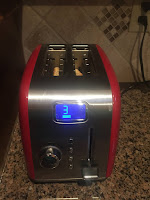 Happy weekend, peeps! Abi gezunt.
Posted by Jan at 4:23 AM No comments: 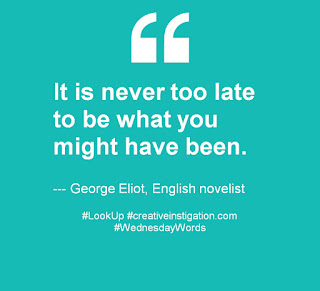 Did you know that George Eliot's real name was Mary Ann (or Marian, depending on source) Evans? Her pseudonym both concealed her gender -- a useful move in the 1800s -- and the fact that she was an unmarried woman, living with a married man.

Basically, George was way ahead of her time. In many ways. She was not conventional in her choices or her appearance. According to a New Yorker article, "Henry James characterized her as 'magnificently ugly, deliciously hideous.'"

The same article refers to one man as someone who "declined to fall in love with her."

Isn't that a fascinating idea? The notion that you can "decline" to fall in love with someone? You could write a poem about that. But, I'm going to direct you down a different creative route. For today's creativity exercise, choose a pseudonym -- and make your selection with no regard to gender.

Then, remember: It's not too late.

I heard from a few of you in response to yesterday's post. Yes, you appreciate the enthusiasm and optimism. No, you are not in the mood to carpe diem, much less the whole dang year.

As my father would have said: Fine. That's fine. Let's try something else. If you're not ready to seize the day, seize the seconds. Let's take, for example, those seconds when you're being a good pandemic person and washing your hands. Rather than singing the "Happy Birthday" song twice, focus on what you're feeling. Pay attention to the water temperature. Enjoy the suds. Give your brain 20 seconds of peace, simply by focusing on the matter, literally, at hand.

Will you wash all your troubles down the drain? Nope. But you will have proven to yourself that you can carpe moments -- and moments turn into minutes. Minutes into hours. Hours into days.

You see where I'm going. Work with me, people! Seize the possibility. 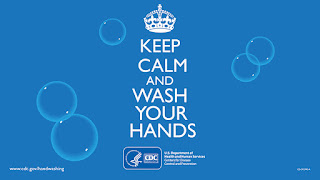 Do you know what today is? It is THE FIRST MONDAY of the whole year! How cool is that? We've never had this Monday before and we'll never have it again. Only one first Monday of 2021.

So go do something fun and/or cool and/or scary and/or new and/or relaxing today! Carpe diem, dear. Then carpe the whole dang year. 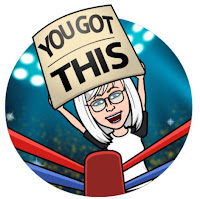