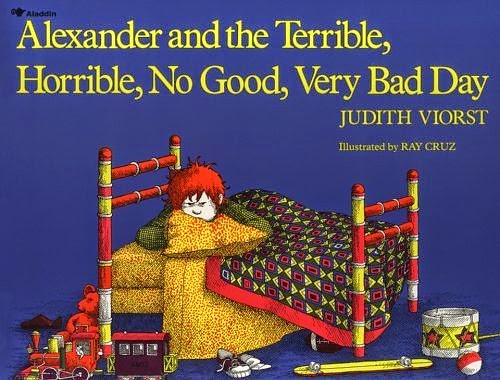 If the only thing Judith Viorst had ever written was the name of her popular children's book, Alexander and the Terrible, Horrible, No Good, Very Bad Day, she'd be certifiably wonderful. But, of course, that's only one of her many writing accomplishments.

My dear friend Hedy, who walks in beauty and simply makes the world a better place by being, suggested this Viorst poem. Thanks, Hedy, and happy weekend everyone!


A Whole Other Stage

I've reached the stage where my lawyer, my broker, my allergist,
and my president are all  significantly younger than I.
I've reached the stage where I recognize, when I am buying new
living room drapes or a new set of dishes, that  they're  likely to
be the last ones I'll ever buy.
And when I'm starting to tell my friends some really terrific story,
and I ask them whether I've told  them this story before, and no
matter what story I've started to tell, they say yes.
I know that I have reached a whole other stage.

I've reached the stage where I find that most of the spaces I used to
park in are now too small for my car.
I've reached the stage where I'm no longer able to call myself
middle aged because that's where my children are.
And when going to see two movies at two separate theaters on the
same day, followed by by eating a sausage-and-anchovy pizza, is
what I'm defining as orgiastic excess.
I know that I have reached a whole other stage.

I've reached the stage where a lot of the reading I'm doing is at
the market checking salt-free and fat-free and expiration dates.
I've reached the stage where nobody bothers to look at my driver's
license when I purchase tickets at senior rates.
And when I'm out of town and I phone my husband at six A.M.,
and I ring and ring but he doesn't answer the phone, and my
first thought is not infidelity but cardiac arrest,
I know that I have reached a whole other stage.

I've reached a stage where people with whom I once
discussed Marcel Proust are discussing inheritance taxes and
living wills.
I've reached the stage where I couldn't leave my house for
twenty-four hours unaccompanied by eight different kinds of  pills.
And when I have to admit that, offered the choice, I'd -
unhesitatingly- give up a wild rapture with Denzel
Washington for a nice report on my next bone density test,


I know that I have reached a whole other stage.
-- Judith Viorst, from Suddenly Sixty and Other Shocks of Later Life